Tips for Shooting with Youth 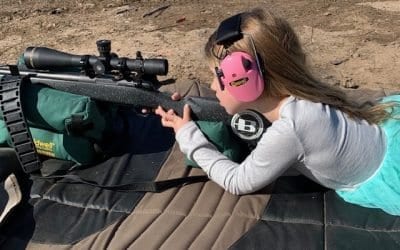 Tips for Shooting with Youth

Here are some tips/tactics/ideas/strategies to help make a trip to the shooting range a positive one for youth and beginning shooters. The following is information I have garnered from my many years of shooting, as well as my years teaching thousands of elementary age kids in physical education and health classes. I have personally helped teach and have spent many hours at the shooting range with dozens of shooters with a variety of skill levels from ages 3 to 68. I am in no way claiming to know it all–I am simply interested in sharing my experience in the hopes of making it easier for someone to discover the enjoyment that can come from shooting. 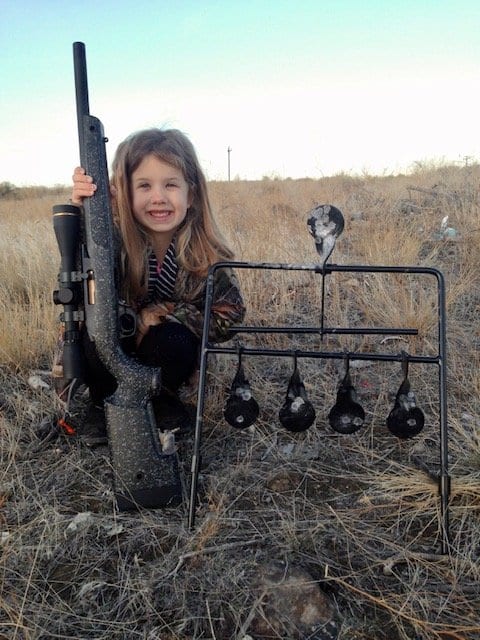 The importance of proper gun safety cannot be over-stressed. Youth need to be very aware of the real dangers guns present. They need to realize that range time is a serious matter and messing around will not be tolerated.

Gun fit will play a vital role in a young shooter’s success. Youth models or models with spacers ensure the best fit possible for young shooters. Almost all standard rifles will be far too long.

Choose a gun with quality optics. I chose to start my own children out with a scope, as I do not own an open sight rifle. I will also be equipping any guns for my kids with some type of optic (scope/red dot/reflex sight). Try to find a scope with generous eye relief, as young shooters are often too small even for guns designed specifically for youth.

Start with large, easy to hit targets at close range. Build on their success by decreasing target size and increasing target distance. However, do not rush this step. Keep them at a point where hitting the target and being successful occurs very frequently.

Use quality shooting rests/support systems. This can be achieved in various ways.  Front and rear sandbags, tripods, bipods… these will make a world of difference.  If planning to have a youth shooting in a prone position (which is the easiest and most stable) bring a blanket or some type of shooting pad on which they may lie down. It is so much easier to focus on the act of shooting when one is comfortable.

Hearing protection is an absolute must!

“Exposure to noise greater than 140 dB can permanently damage hearing. Almost all firearms create noise that is over the 140-dB level. … People who do not wear hearing protection while shooting can suffer a severe hearing loss with as little as one shot, if the conditions are right.”
(Recreational Firearm Noise Exposure – ASHA)

Spend a little extra money and get the electronic ear muffs, so shooters are able to hear and can communicate without yelling. It is simply safer and more comfortable to be able to communicate using one’s regular spoken voice at a normal volume.

Using a gun with a suppressor is another important factor that allows for a better shooting experience for all. I truly feel it is the best piece of equipment one can add, it will not only improve their own shooting experience, but also that of others nearby. Reducing the noise, blast, concussion and recoil is a sure-fire way to improve shooting ability as well as shooting enjoyment. 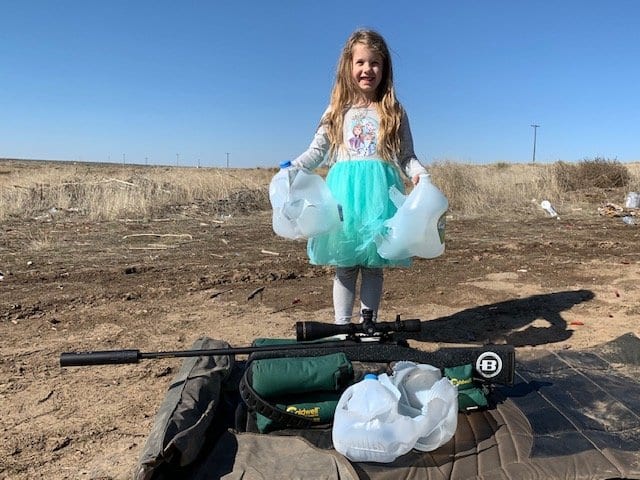 Most shooters agree that it is much more fun to shoot a target that reacts, rather than just punching holes in paper. There are so many great targets and types—like stickers or posters that dramatically change color when a bullet tears through them; lifelike, full-size animal targets; and even fictional characters zombies, werewolves, and monsters. Spinning metal targets are great, as they appeal to both senses of sight and sound.  It is so satisfying to see the target spin/move and hear the tink of a successful hit. Still, one of my all-time favorite targets is simply a gallon jug filled with water.  Adding food coloring is also fun.  Having a variety of food colored jugs is helpful to ensure that you and your young shooter are referencing the same jug. Seeing the explosion of a gallon jug and hearing the audible thwap are a great reward for a well-placed shot to shooters young and old.

If you are at a shooting range or just a popular shooting spot in the desert, you can almost always find various “targets” lying around.  Turning a few minutes of your range time into a scavenger hunt for youth to find their “own” targets can greatly add to their enjoyment and excitement.  Pieces of clay pigeons, spent shotgun shells, aluminum cans, golf balls, toys, etc., are just a few examples of items that can be “fair game” as targets.

But it is important to remember a very critical part of teaching shooting which is the ethics involved in outdoor shooting. There is one cardinal rule–Leave it better than you found it. All your own plastic jugs and targets, plus other targets and trash that may have been left behind need to be picked up and disposed of properly. Teaching youth to care about the environment, setting a good example yourself, and following this rule consistently will have a positive impact on the young shooter and will help to insure a more pleasant experience for all shooters.

Don’t turn early trips to the range into a marathon session. Make the trip about the youth doing the shooting–not you focusing on your new rifle and confirming your MOA out to extended yardage. Save that range trip for another day.

I am not saying to leave your gun(s) at home. It is actually good to have a gun(s) of your own to shoot during a break/rest time for the youth shooter.  It can also be very beneficial for youth to watch you go through the motions of proper shooting technique.

Never force a young shooter to keep on shooting.  When they lose focus, and they are no longer having fun, it’s time to go home. 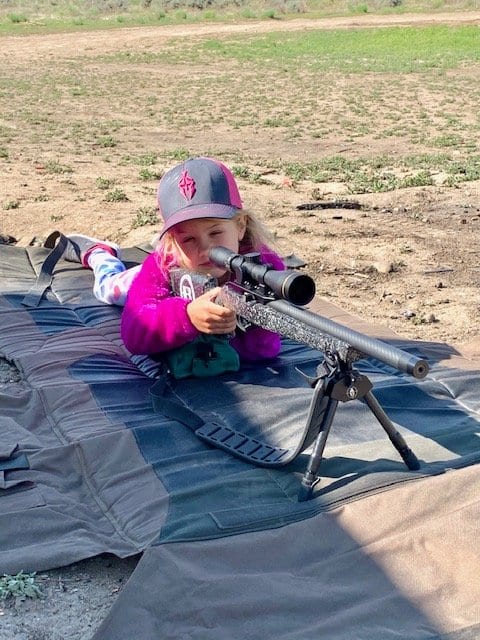 Positive reinforcement for a well-placed shot, such as high-fives, hugs, and some good ol’ hooting and hollering will go a long way in encouraging youth to want another trip to the range. Bring targets home and let youth show others their targets. Display a target on the fridge, hang it in their room, and place targets they found and shot on a dresser or shelf in their room just as you would a medal or trophy. Let them be proud of their success!

Having a youngster shoot a gun that can hurt or scare them accomplishes nothing positive! All it will do is make them not want to shoot and can even cause them to develop bad habits. Make sure they are physically and mentally capable to handle the caliber of gun you are choosing for them.

NEVER tell them it’s not going to hurt.  Putting a first-time shooter behind a 30-06 and say it won’t kick will lead to distrust as well as creating bad shooting habits.  However, if they have progressed up from .22, .223/22-250, .243/6mm, or a 6.5, they can probably shoot a larger caliber rifle.  Just remember, it’s important to be honest about how a particular caliber may or may not impact them.

Before having a young shooter move up to a larger caliber rifle, think about the reason for having them do so.  Ask yourself what will be accomplished by moving up in caliber size. I personally am not a fan of having youth shoot a caliber larger than that which they are going to be regularly practicing or hunting.  I have at times NOT allowed youngsters to shoot a gun they wanted to shoot because I knew they weren’t ready, and I did not want to risk losing the good habits and shooting mechanics we had built.  Occasionally, I have permitted a youngster to move up in caliber, but only after meeting specific criteria and having demonstrated that they are ready to take that step up to a larger caliber rifle.

Below is a list of items to take with you to increase your chances of a successful trip to the range:

And remember, it’s not always just about the shooting! 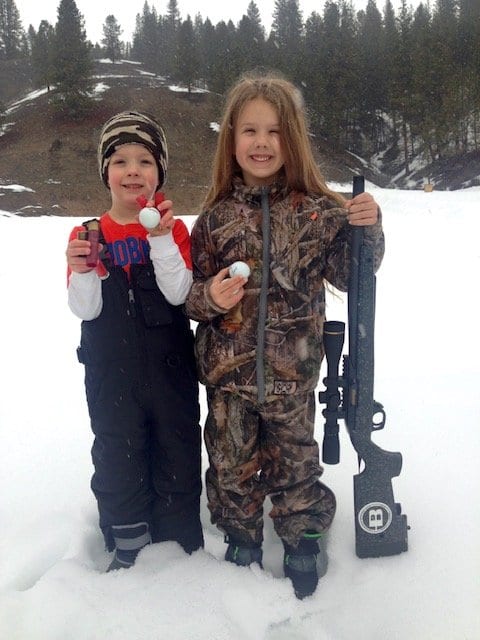