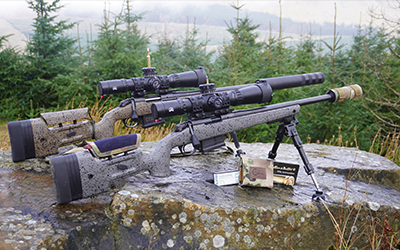 The sport of Precision Rifle since its beginnings in the United States of America has been growing globally for several years. Many nations that have a long history of target shooting sports are adopting Precision Rifle, organising matches and setting up leagues. In many countries the sport is established, in others it is in its foundling years.

Until now, Precision Rifle leagues the world over have focused on the individual sportsmen and women that compete, and though a small number of those sportspeople may be part of a sponsored team, success is awarded to the individual shooter alone.

That is now changing because, in the second week of August 2022 at a military range outside the French town of Bitche, 250 Precision Rifle shooters came together to represent one of 26 nations in a first for the sport. 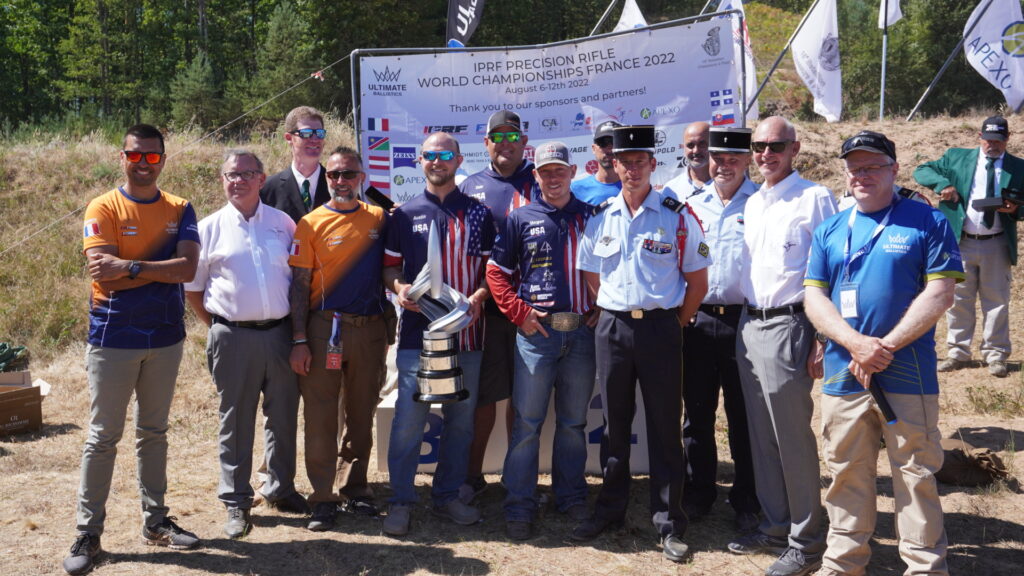 The inaugural IPRF in Bitche, France.

Who are the International Precision Rifle Federation (IPRF)?

The IPRF are the organising body of 26 member nations and growing. They have expanded rapidly considering the founding nations were just five: Ireland, South Africa, Sweden, the United Kingdom and the United States. The IPRF now span every continent on Earth. Their stated aims are to unify the sport of Precision Rifle worldwide and to set standards for competition internationally to enable a level field of play at Regional and World Championships. Everyone at the IPRF and their member nations are volunteers; passionate about the sport they love and determined to increase participation, particularly in respect to new shooters, ladies and juniors.

The road to the World Championships: The Great Britain and Northern Ireland Team

The United Kingdom is a member nation of the IPRF, through their own organising body, the Great Britain Precision Rifle Association (GBPRA). During 2021 and into 2022, the GBPRA hosted six qualification matches to select their team to represent the United Kingdom at the IPRF Worlds in France. Each qualification hopeful needed to shoot a minimum of two matches to register a qualification result. Their best two scores combined to give their final score.

At the close of the qualification season, the GBPRA selected the 6 best shooters in Open Division, 4 in Factory Division, 3 in Military/Law Enforcement Open and 3 in Senior Open. These sixteen shooters formed Team GB and would travel to France to compete against the best international shooters from 25 other countries, including the Precision Rifle power houses of the USA, Norway, Sweden and South Africa, to name a few.

All around the world in the run up to France, other nations organised similar qualification events and implemented their own selection criteria to suit the local structure of the sport.

For the next World Championships in 2024 the GBPRA hope to take a full compliment of shooters: 6 in Open, 4 in Factory, 4 Military/Law, 4 Seniors, 4 Ladies and 4 Juniors. Firearms regulations in the UK, however, make it difficult to find junior shooters, so if you are reading this blog and are a junior shooter, or know a junior interested in joining the sport, please get in touch! If you are outside the UK drop me a line anyway and I’ll get you in touch with someone who can help. 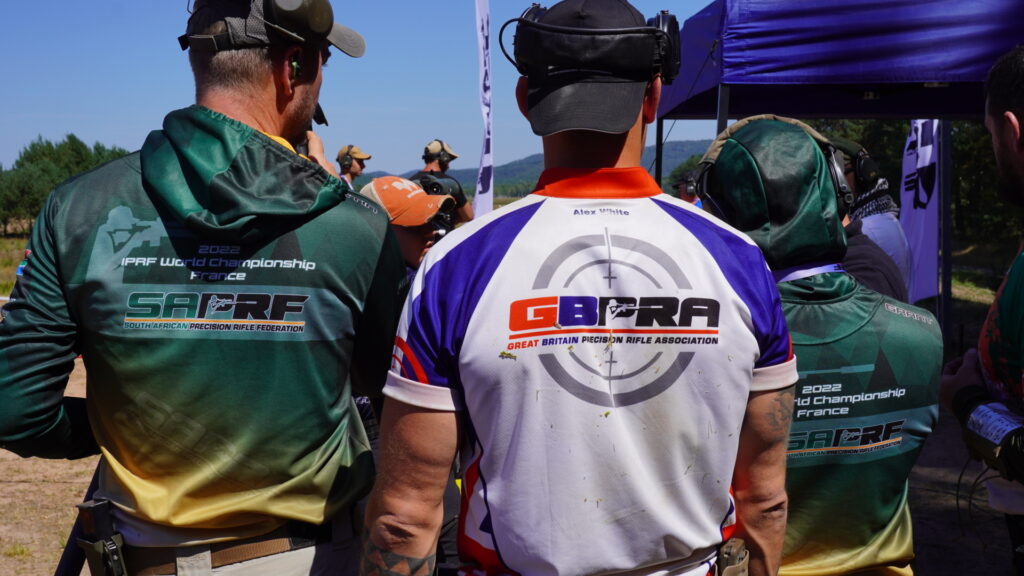 Shared interest and passion to help each other is a common sight at the IPRF World Championship event.

The World Championship of Precision Rifle in France

France is a beautiful country with rich traditions and history. Its people are welcoming and friendly. Working with their partners the French Precision Rifle Association (FRPRA) pulled out all the stops to put on a fantastic match at the Camp Militaire de Bitche between Saturday 6 and Friday 12 August 2022.

In America, two-day precision rifle matches hosting 250 people are commonplace, but an event of that scale has never been attempted before outside of the US. What’s more, a match involving shooters from 26 different countries with their support teams and all the associated media and spectators that came to watch this all added to the challenge. Nothing could be left to chance and so the FRPRA arranged two days for registration and zeroing of rifles, the last extremely important when a shooters’ equipment is travelling across many miles by plane, train, boat and automobile!

The match itself was organised across four days with a fifth day for resolving tie breaks, and so it was, that in the middle of a particularly hot European summer, with a treacherous wind fooling even the most seasoned professional shooters and constant dust threatening to take down expensive rifles and equipment, those 250 shooters, proudly representing their countries for the first time, fought for glory in the competition of their lives.

Each country’s shooters were separated into mixed squads with their opponents, yet they conducted themselves not as rivals, but as the close-knit community of likeminded, passionate and supportive individuals they are. You will be hard pressed to find another sport that displays such sportsmanship on such a constant basis as is commonplace in Precision Rifle. Everyone, to a man and woman, wants to see the shooter beside them attain their full potential and succeed.

Day 1 started with the Factory Division shooters, Limited Open, Senior Open and Military/Law Enforcement Open. Nine stages, 86 rounds. Day 2 it was the turn of Open Division and Ladies Open to shoot the same Course of Fire as shot on Day 1.

Maybe it was the heat and the wind that caused some shooters to feel they didn’t maximise their scores on their first day of shooting, most likely it was the expectation and the pressure of representing their country, whatever it was, some missed targets they may have otherwise expected to hit while others shrugged off the pressure and quickly mastered the conditions. Those that shot well soared and very quickly the leader board began to develop, with Team USA out in front in Open, Limited and Ladies. Great Britain dominated Factory and looked very strong in the Military/ Law Enforcement division. The Senior Division showed again the Team USA shooters out in front, yet they fielded a team of only two. Needing a minimum of three shooters per division to register a team score, it was therefore the South African Team that looked the likeliest to deliver first place for their nation.

Day 3, with a further 10 stages and 88 rounds, was to be the windiest of days by far. It was also to be the day that delivered the first ever World Champions of Precision Rifle! It was a landmark moment for the sport and one that will be remember forever by all those who were present to watch it unfold.

And so it was that Factory Division was wrapped up quickly by Great Britain and Northern Ireland. As a team they had led from the front and not looked back. With their teammates from Open Division, who were not shooting until the following day, there to provide morale and practical support, the Factory Division lads battled their way into the history books. The team performance was led by Lawrence Barnes, who came first in the division to become the first World Champion of Factory Division!

Elsewhere the Great Britain Team who had led after Day 1 in Military/Law Enforcement started to be overtaken by a tenacious and determined Swedish team. Scandinavia is a hot bed of Precision Rifle talent, and they were showing the world what they could do, eventually running out the first World Champions of that division. There was also high drama on the final stage. As the news spread of a showdown about to happen, a huge crowd gathered around to see the Swede Louis-Philippe Rembry beat the Brit Jack Crawford for first place by only one point, so close were the margins between first place and second.

It was a shame the two Team USA shooters in Senior Open hadn’t been joined by a third, because they both topped the leader board when shooting was done, taking first and second place. It was the South Africans, fielding a full team, not the Americans, that would therefore take the title of Senior Open World Champions for their country.

Team USA needn’t have been too disappointed though because on the second day of shooting in the Limited Open Division they brought silverware home for their country, their four shooters locking out the top four places, beating Sweden in to second place!

For those that don’t know, Limited Division for this match was restricted to .308 rifles only.

Day 4 was all about Team USA and the founders of Precision Rifle. America, with its Second Amendment rights and all the opportunities afforded to its shooters for practicing Precision Rifle and shooting top-tier, competitive matches on a regular basis, has all the advantages to make other nations green with envy. Yet they were thousands of miles from home on unfamiliar territory. Would shooting on a different continent many miles from home disadvantage them?

The simple answer was… No!

On Day 4 Team USA dominated in both the Open and Ladies Open Divisions, with each man and woman on the US team working extremely hard for their success in France. They were simply head and shoulders above a strong field of shooters from the rest of the world. Their superstars locked out the podium places in both divisions, taking many individual honours and trophies for their nation. Watching them shoot was a privilege and an example to all.

A message to the Rest of the World… the USA have now set the bar. Take note and come back stronger at the next IPRF World Championship of Precision Rifle in South Africa 2024!

The American’s came to win and expected to win, yet they were humble and gracious about their success, and I was left with the impression that they came away with something more valuable to them than glory and silverware.

They and every other one of the 250 shooters from 26 nations came away having made new lifetime friends, strengthening the community they cherish so much and making history along the way at the first ever World Championship of Precision Rifle. 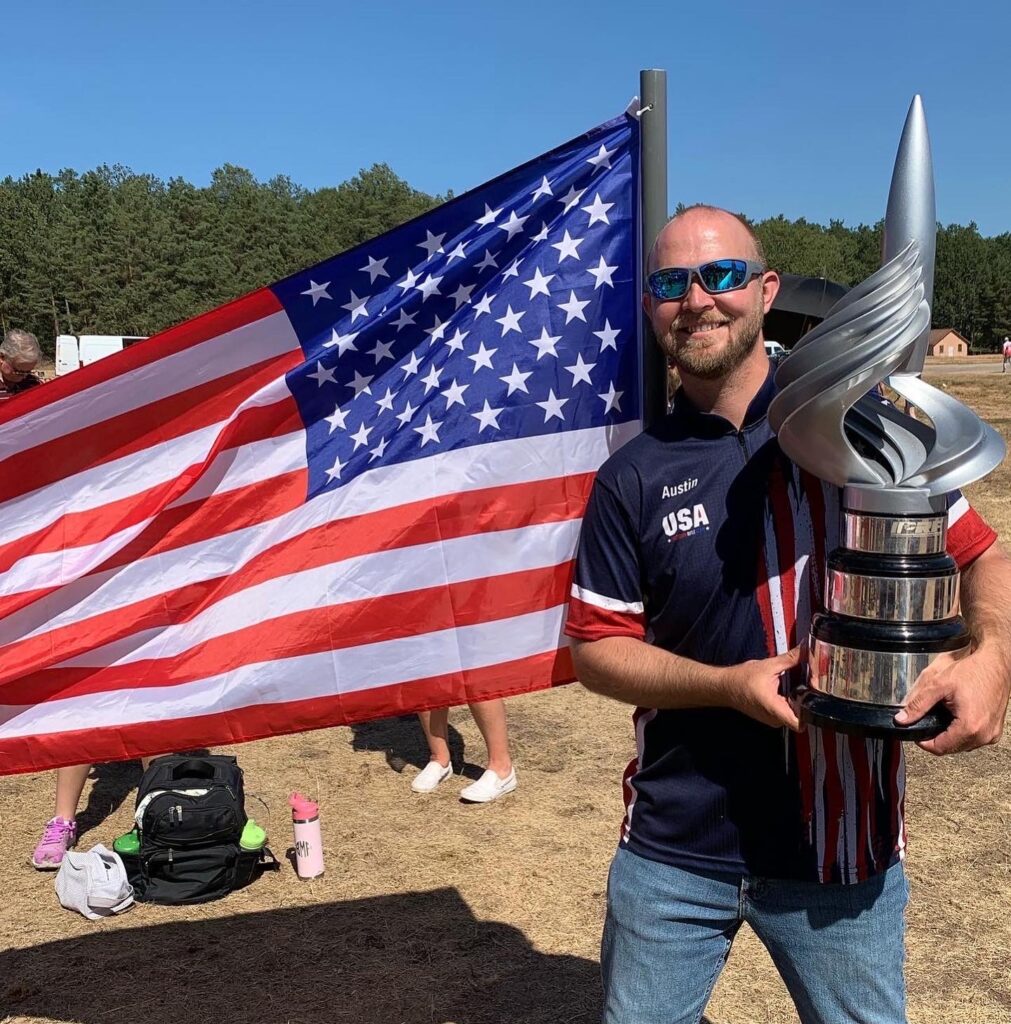 Team USA came out to win and they offered a stiff competition in almost every category.

My final words go to Austin Buschman and Morgun King of Team USA. Austin, having made 158 impacts from a possible 174 (an amazing hit percentage of 91%) cleaned no fewer than 11 of 19 stages to be crowned the first World Champion of Precision Rifle. Austin is an outstanding sportsman, fully deserving of his victory yet very gracious and humble towards his fellow countryman, Morgun King, who at the death suffered problems with his rifle and placed second with a score of 157, just one point behind Austin.

Morgun was the first man to congratulate Austin when he overtook him for the trophy with the final shot of his final stage. That moment alone encapsulated all that is great about the sport of Precision Rifle.

Where can I learn more about Precision Rifle and the World Championships in France? 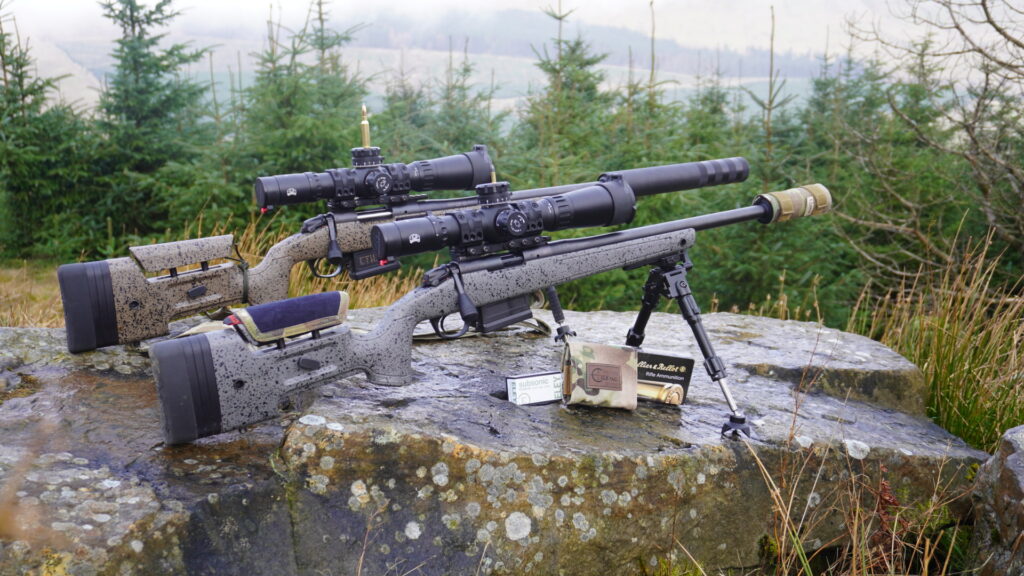 The B-14 HMR and B-14R Trainer is an ideal rifle to get you started in PRS comp.

Bergara offer four rifles suitable for Precision Rifle and each one of them was used by competitors at the IPRF World Championship in France. They are:

If you have any questions pertaining to this blog article or questions about precision rifle shooting, feel free to send an email to prostaff@bergararifles.com