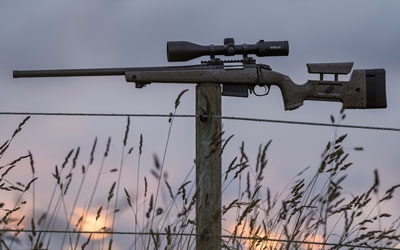 NO WAY! That was my first thought on a very early September morning last year, when I turned a corner heading for the high-seat I had chosen that day. No less than three fallow stags were foraging right in front of it.

That particular morning, I was up earlier than usual when I am going hunting, as I wanted to get positioned well in time for sunrise, which is legal shooting time in Denmark. When I arrived at the hunting area, everything was still silent. The ground was moist, and a light fog lingered. I started to make my way towards the bog, where a particular nice high seat is placed, and where we usually see lots of deer activity. Two roe deer were already out on the field, so I opted for a different route. This, as it turned out, was a fortunate choice. 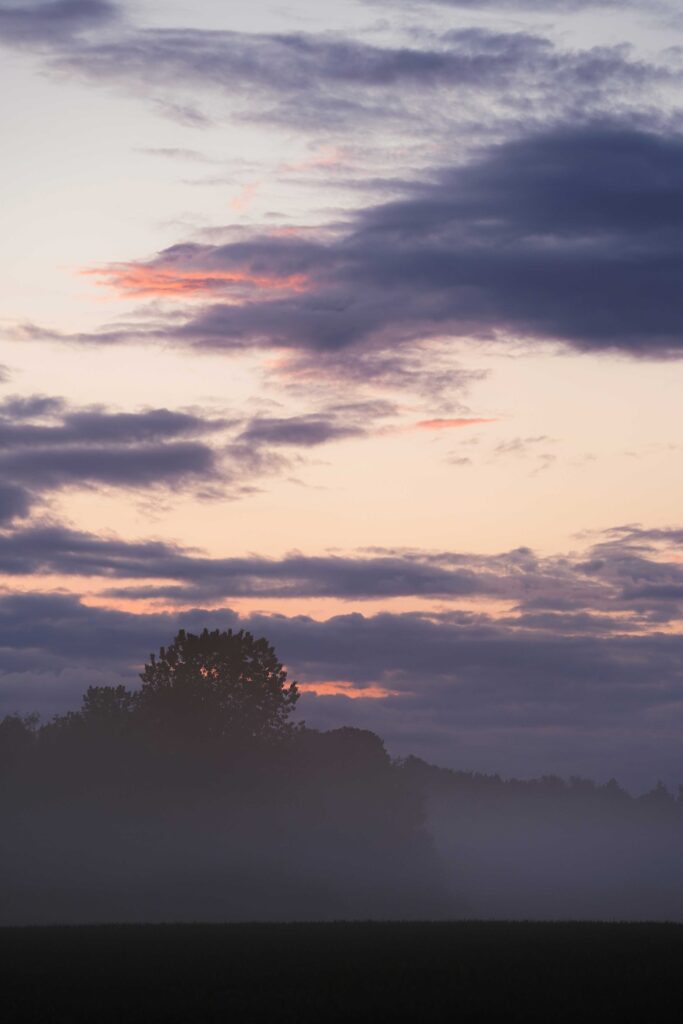 Amazing autumn scenery, on a cold and dewy morning.

As I turned the corner heading for the high seat, something caught my eye. I slowly raised my binos. My heart skipped several beats and I dropped to the ground. The three stags! I was there fifty minutes before sunrise, and these opportunities are rare in Denmark. Very slowly I removed my bag and unslung my rifle, while constantly looking at the three stags. They were about eighty meters away, but I had the wind in my favor. I readied my rifle and prepared for the shot – which stag to take and where to shoot. Fifteen minutes to go. One of the stags were older than the other two, and I decided this would be the stag I would go for. Then, ten minutes before I could shoot, they turned around and walked away towards an open field. Knowing the terrain, I had a good idea of where they might go. Five minutes later, I started my stalk. When I got to a position, I thought was the best I would get, I once again readied the rifle. Just as I did, the first, smaller, stag appeared in my scope. Then the second. Then the older stag. This was it, the moment I had been waiting for and dreaming about ever since I took my hunter’s license. These few seconds seemed longer than the fifty minutes I had just waited for a chance like this. I squeezed the trigger, and the bullet found its intended target. The stag dropped. My heart once again started racing as the adrenaline hit. My first Danish stag was a reality. 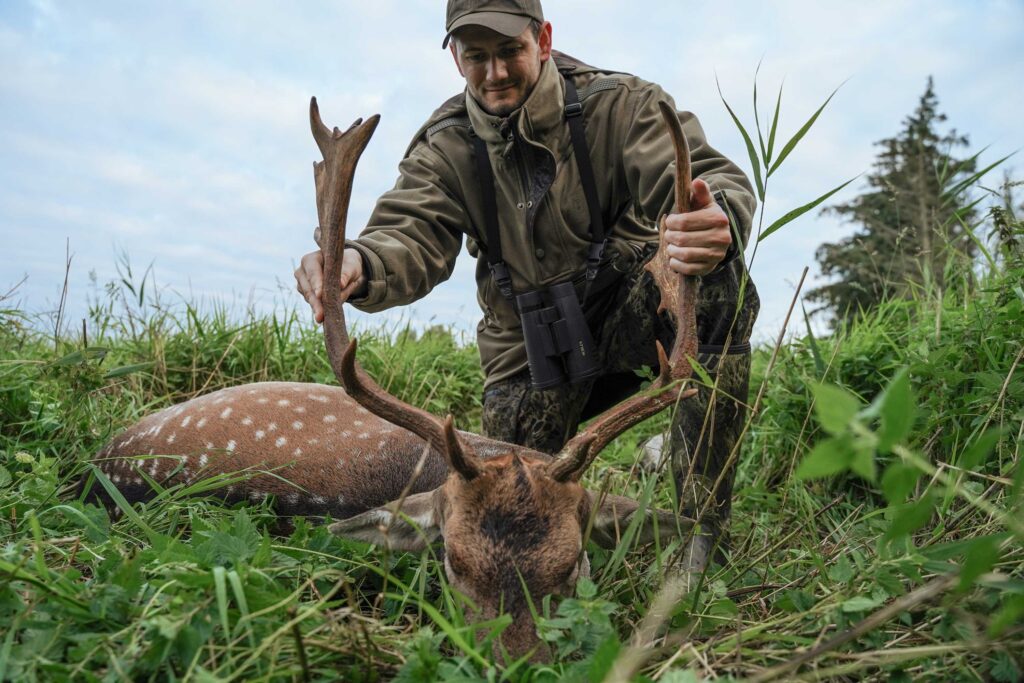 My first danish fallow deer stag. An amazing trophy I only dared dream about became a reality.

September holds a dear place in the heart of many Danish hunters. Depending on where you live, as we have local restrictions, you might be able to hunt the elusive fallow deer one month before the big fall season kicks in. This makes September a quiet, focused, month, where the aim is to get a chance at these magnificent deer. You also get to witness the early signs of fall during every outing, which truly adds something special to this hunt.

This year, I hope to repeat my success. In an effort to do so. I have put a lot of emphasis on optimizing the gear I bring on the hunt and the training I have done in the off-season.

For this year’s hunt, I have chosen to bring my Bergara B14 HMR, chambered in 6.5 Creedmoor. I chose this particular rifle for its superb ergonomics in all shooting positions and low recoil, allowing me to track my target through the shot and place a potential follow-up shot if needed. Having spent quite some time shooting PRS-style competitions, the HMR ticks all the boxes for me. The ergonomics are more aggressive than traditional hunting style stocks, yet still perfectly applicable to hunting. In fact, due to the design and mini chassis it’s rigid and, more importantly, just feels right when shouldered. It handles, balances and maneuvers great, and the flat forend makes it wonderfully stable to shoot off of shooting sticks.

A great rifle for close to any hunting scenario, and a rifle that I have upmost confidence in. 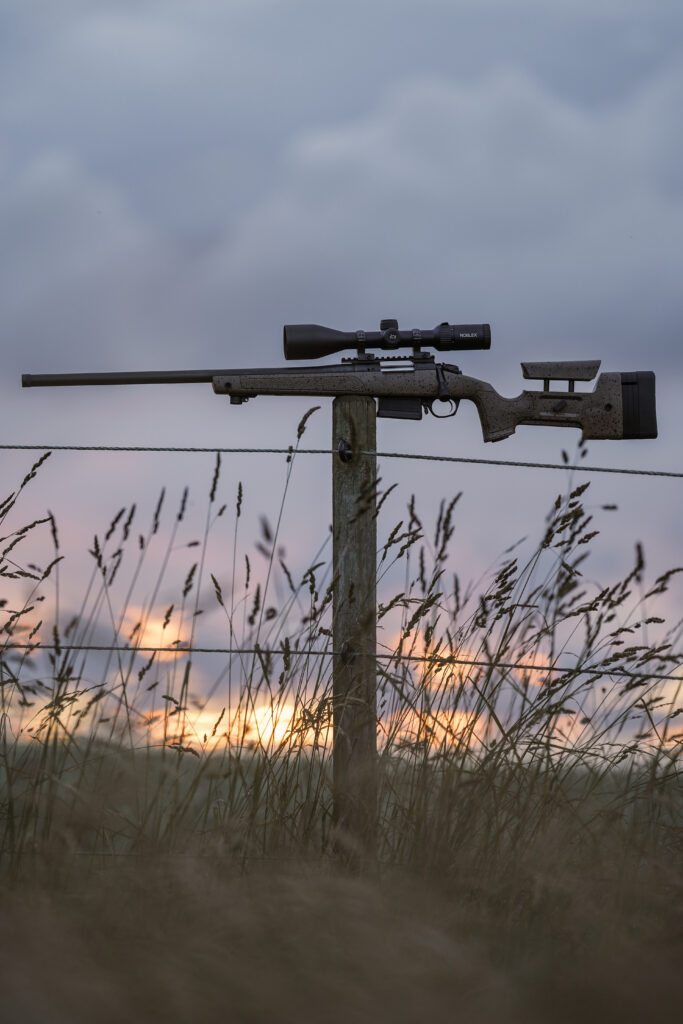 My first danish fallow deer stag. An amazing trophy I only dared dream about became a reality.

For this specific hunt, where the target species reaches weights between 60-110 kg, I choose to use the 140 grain Nosler Accubond bullet. I would like a bullet that’s somewhat heavy-for-caliber, lead-based for more knockdown power and energy transfer and bonded to retain weight. I have also found this particular bullet to run exceptionally well out of my HMR, boosting confidence in both my own and the rifle’s capabilities.

I feel as ready as can be for this year’s September hunt. I have done the work on the range, researched my gear and made sure everything works. Now all that remains is to enjoy what is coming.

Who knows, perhaps I will be lucky again this year. 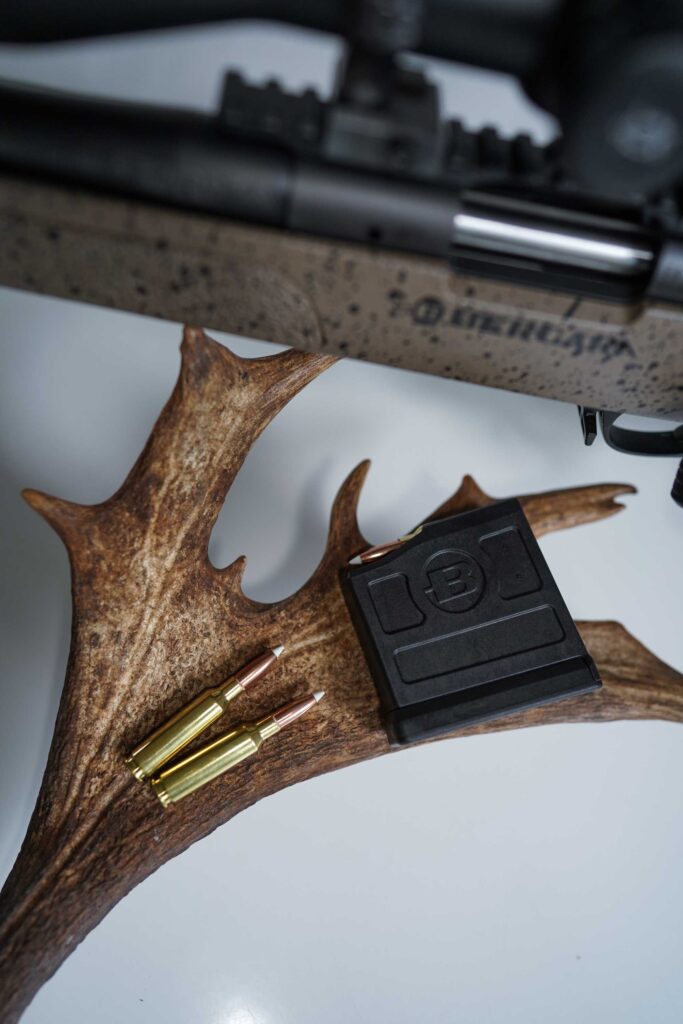 The Nosler Accubond bullet loaded and ready to go.

Alexander Reese is a Bergara Rifles international pro team member from Denmark. He is a passionate hunter that cherishes his love for the great outdoors through his photography in his native country of Denmark.

If you have any questions pertaining to this blog or questions about hunting and shooting in Denmark, feel free to send an email to prostaff@bergararifles.com