Training for Success with a .22 Long Rifle 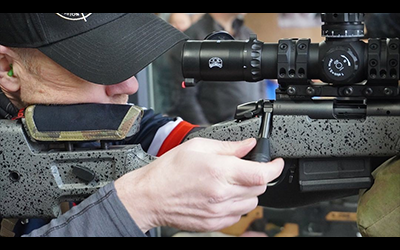 Training for Success with a .22 Long Rifle

All successful people in all walks of life will tell you that to achieve your goals you must train and practice. This is especially true for athletes.

The sport of Precision Rifle typically involves shooting steel targets from dynamic and unstable positions at distances between 100 and 1000 meters. Calibres normally used are 6.5mm and 6.0mm. Creedmoor varieties of both are popular being they are relatively light recoiling rifles, especially when combined with a brake or a moderator, which is the norm.

In an ideal world, a competitor who wants to improve their hit percentage and climb up the leader board at matches would want to train with their competition rifle. They do this so they can grow familiarity with their rifle and scope, developing muscle memory and learning intricately how shooting from certain positions under external conditions affects their point of impact down range. 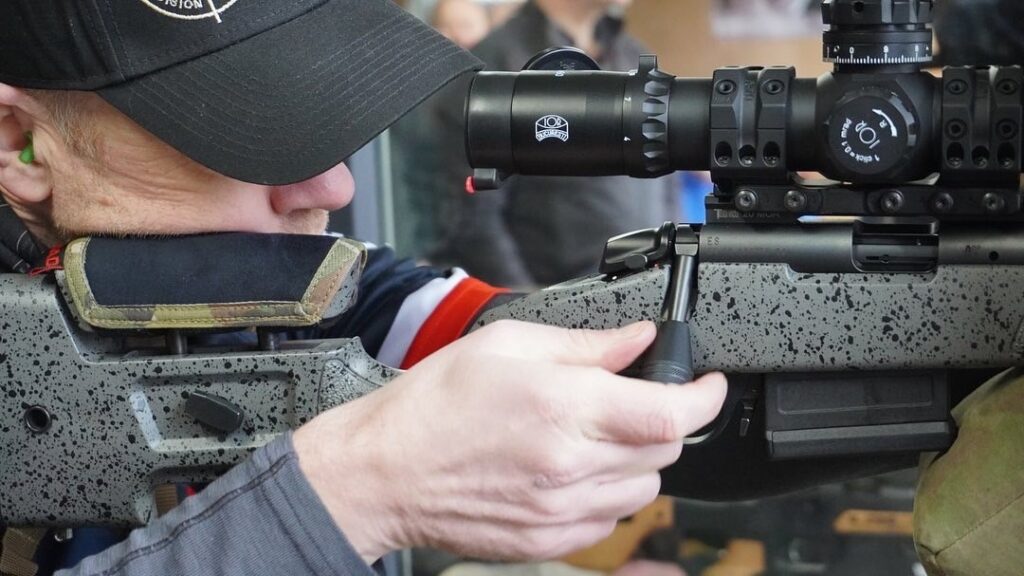 As the old saying goes, practice makes perfect. Discipline and fundamental shooting practice is an important part of any competitive shooting style.

I say ‘in an ideal world’ because a shooter’s ability to train with their match rifle may be limited. Budget, Time and Facilities are significant factors to consider in this.

Is training with a .22lr the answer to budget, time and facility constraints?

Precision Rifle is not an inexpensive sport. Ammunition is costly, especially when using factory rounds, and the barrel life of a 6.5 creedmoor, 6mm creedmoor and similar calibres is short when compared to, let’s say, a .308 Winchester, which is unfortunately not a recommended calibre for the sport of Precision Rifle.

If training with your match rifle is limited by your budget, consider this: .22lr ammunition is inexpensive, a fraction of the price of centrefire, and barrels can last a lifetime.

Time is a factor if you reload. Producing your own match grade ammunition is an investment but would you rather be making ammo or shooting it. Your reloading efforts to produce match and training ammo could be taking up valuable trigger time.

A lack of suitable facilities to train with a centrefire can also restrict regular training and practice. This could be a major factor in certain countries where restrictions on, or a lack of, land and ranges exist. You could have all the money and time in the world but if you don’t have a range where you can shoot a centrefire that can be accessed regularly, you can’t train. It is usually the case in the UK that facilities to shoot .22lr are more readily available than those for centrefire.

My Precision Rifle competition rifle is a B14 HMR 6.5 creedmoor. HMR, if you don’t know, stands for ‘Hunting Match Rifle’. It’s a cross-over rifle in the true sense and I use it for both Precision Rifle and deer stalking. I have modified it only slightly, with the addition of a picatinny rail on the fore-end that’s attached to the existing swivel stud points. Everything else on the rifle, including the excellent Bergara Performance Trigger, is as it came from the factory in Spain. This allows me to compete in Factory Division. On top of the rifle is an IOR Recon: a first focal plane (FFP) 4-28×50 scope utilising milliradian (MRAD) adjustments for elevation and windage. The reticle is a ‘Christmas Tree’ design, popular in Precision Rifle. To manage recoil, I use a Bergara TP1 brake.

Enter the Bergara B14R. A rifle that utilises the exact same stock and the exact same trigger as my HMR 6.5 Creedmoor. Both are bolt guns, and though the throw on the B14R is a little shorter, both have a 90-degree lift. The B14R has a shorter barrel and is therefore lighter and balances differently, yet the ergonomics are so alike that I could easily think I’m behind the B14 when I’m driving the B14R. To complete the similarities, both rifles use AICS short action sized magazines, and I have the same scope on the B14R as on the B14, with, crucially, the same reticle. Both rifles share an Atlas PSR bipod between them. 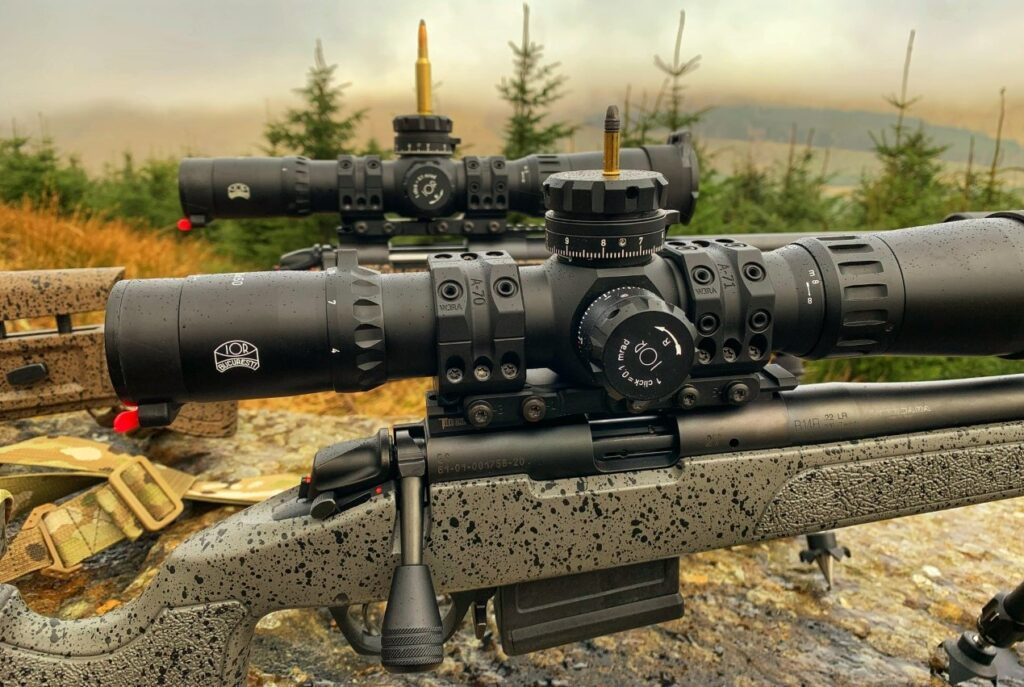 Choosing the rifle and set-up can be a daunting task. Know what division or style you want to compete in, and it could make things easier to help you decide on your set-up.

With the B14R I can train inexpensively and regularly, developing the fundamentals of shooting, building muscle memory and technique, gaining familiarity with my scope and reticle, and improving stage craft. There will always be compromises, I won’t get the full experience of being behind my match rifle, for example, there is very little recoil to manage with a .22lr, but I can practice in the wind and measure the results of my training paying off down range in a way I can’t with dry fire drills (though I highly recommend dry firing your rifle for training. This isn’t about one or the other. Both can aid your development).

Another benefit of teaming a B14R with a B14 HMR for training: both have Remington 700 footprints, so, if I ever decide to put my competition rifle into a chassis, I can do the same with the B14R and again set up my training rifle in the exact same configuration. With a chassis I’d also now have the option to add additional weights to the B14R to weight and balance it more closely to the match gun, further aiding the training experience. 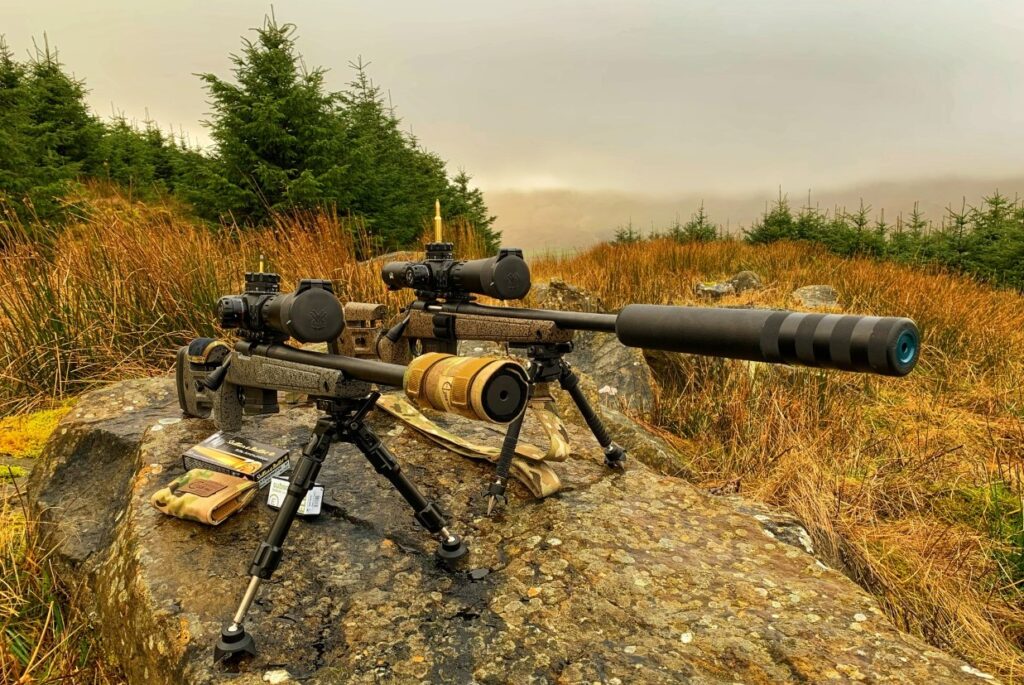 Having a twin shooting platform in centrefire and rimfire is hard to beat for both competition and hunting.

To further support my own ambitions to become a more competitive Precision Rifle shooter I’ve also taken up rimfire competitions. Precision Rifle .22 matches, I find, follow the same format as centrefire matches in respect to round counts, barricades, stage timings, etc. The main difference is the distances involved and they can be shot indoors as well as outdoors. Crucially, the demands are the same. They are competitive matches shot under match conditions and competing in them with a replica of my centrefire match rifle provides another fantastic way to train.

Think of it this way too. When I’m shooting a centrefire match, I’m also training for my next rimfire match because my rifle, scope, equipment… it’s all the same!

Training isn’t just for competitors, it’s for hunters too

The concept of using the B14R as a training rifle also stands in hunting scenarios. Long before I started deer stalking with my B14 HMR 6.5 Creedmoor I gained valuable experience stalking rabbits with the B14R. I felt completely at ease with my rifle and equipment going out on my first few deer stalks. I hunt rabbits two to three times a week, sometimes more, but deer stalking is an occasional event for me at the moment. Yet each time I am out with the B14R stalking rabbits, I am effectively in training for the next deer stalk!

Will any .22lr serve as a training rifle?

In short, yes. Trigger time on any rifle is an opportunity to develop your shooting fundamentals, however, the more dis-similar your training rifle is to your match day rifle the more you compromise the effectiveness of your training. So, ask yourself this question: would I benefit from more trigger time, and can I achieve that with a .22lr? 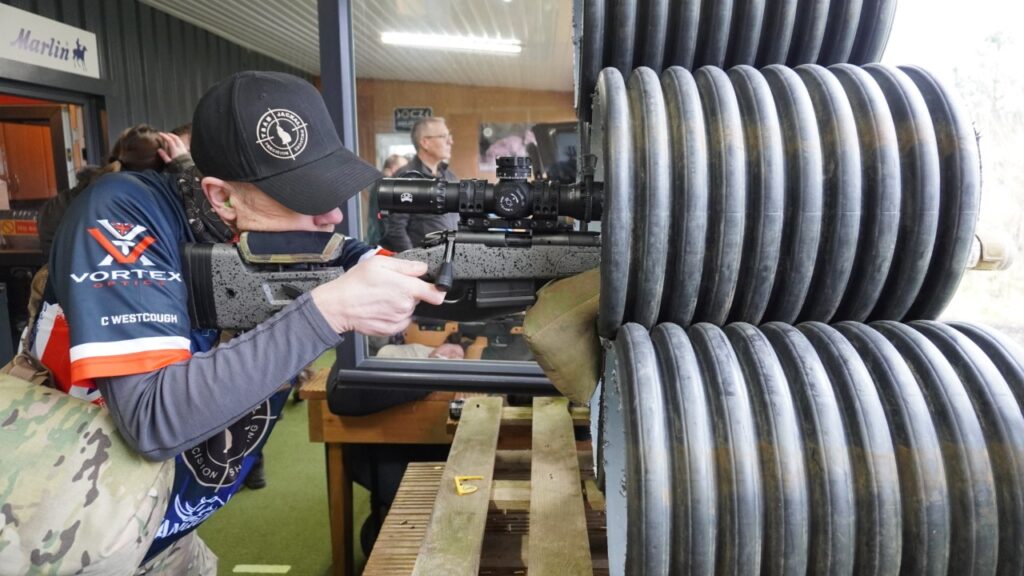 Trigger time for any rifle will greatly improve your shooting, no matter if you’re competing or hunting, both require the training and practice to make each shot count.

If the answer is yes and you own a Bergara B14 or other rifle with a Remington 700 footprint, the B14R .22lr might just be the perfect addition to help you achieve your training goals.

If you have any questions pertaining to this blog article or questions about precision rifle shooting, free to send an email to prostaff@bergararifles.com